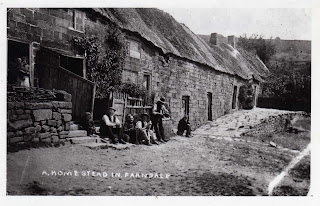 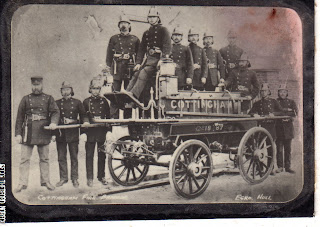 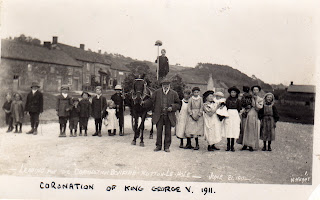 Life In Ryedale In Times Past


Life in times past in the Ryedale area has changed vastly over the years. These photographs are just a small example of the archive collection. 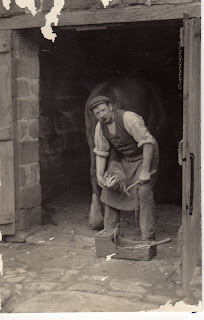 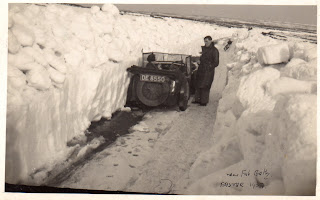 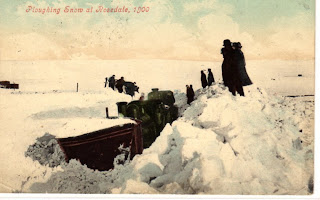 There was also much tradition lost as time progressed and the horse replaced. In areas including Yorkshire, ploughing did not begin until Plough Monday[1]. This was the first Monday following the twelfth day after Christmas. Often, the farmworkers would parade through the village streets and dance, not dissimilar to Morris Dancing today[2]. Also widespread in Yorkshire, Northamptonshire, Derbyshire and other central areas was the Plough Play. The performers would pull a brightly decorated plough through the village streets and ask to enter the village houses. If the performers were allowed in they performed their play and were given food and drink. If the householder refused to give them entry, they would plough the ground in front of their property[3]. This tradition, like that of the hiring fair has fallen into disuse with time and progress[4].

Three manufacturers of tractor emerged who could supply farmers with reliable, cheap tractors – David Brown, Fordson and Ferguson. The tractor not only began to replace horses but changed agricultural methods forever. Production increased as a tractor could plough or cultivate much more land than a horse. The binder disappeared and was replaced by the combine harvester. Grain from combines initially was run into large sacks frequently weighing sixteen stones. These were later collected and put onto trailers. This method was replaced by the collection of loose grain into trailers and then tipped into large sheds or silos.

Ferguson revolutionised the tractor. It no longer was a vehicle that just pulled trailed implements after he incorporated a three-point linkage onto the Grey Ferguson. The Little Grey Fergie, as it became known, also had a power-take-off (P.T.O.) enabling the tractor to drive implements. Before this, implements were wheel driven. Now tractors could tip trailers, drive balers, muckspreaders, spray crops with chemicals and carry bales behind the tractor. In short, the tractor had not only replaced the horse as the main source of power on the farm, it had revolutionised agriculture. However, although working horses were becoming fewer in number, it took many years for them to virtually disappear from most farms. In September 1965 there were still twenty one thousand horses being used for agricultural purposes in Britain[5].

To conclude, the loss of the working horse in rural England in the twentieth century was inevitable. The demand for more food during two world wars demanded higher productivity from the land, and this could only be achieved by the use of tractors. The ploughing of grassland for the use of arable crops could not have been achieved with only horse power. The later post war policy ensured high productivity and efficiency would be required of British farmers. There was no return to extensive types of farming and a reversion of the plough policy after the Second World War. As time progressed the tractor became more versatile, more reliable and affordable. The invention of the P.T.O by Ferguson made the tractor more than a pulling machine, like the horse. Nowadays one sees working horses at ploughing matches throughout the country, but one rarely sees a horse ploughing at a genuine working farm. Perhaps, in these times of bio fuels we may see the horse reappear in the countryside, but it is unlikely it can ever replace the tractor.

Here is our latest blog about the work that is carried out by dedicated staff and volunteers at Ryedale Folk Museum. At the moment there are several projects going on, one of which is restoring a great model village - kindly donated from Harlow Carr Gardens, Harrogate. Another is the building of a new shed to help preserve the vintage agricultural machinery and implements.


Kevin, the Museum Manager is in this video parking one of the museum tractors. This M.F 135 was restored to its former glory at the museum, after spending many years as a scaper tractor on a dairy farm. 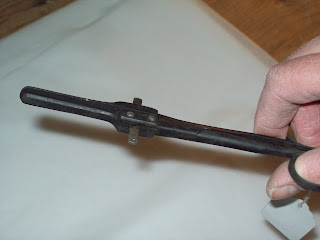 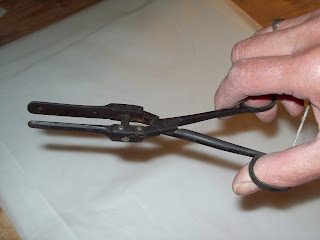 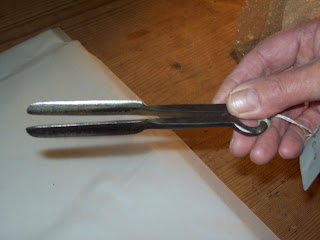 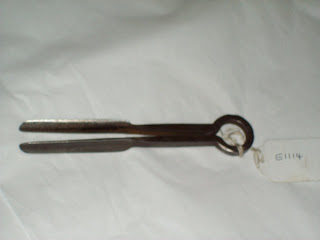 The Collections team are rather baffled by these objects. We believe the first object may be a form of pipe cleaner, the other object we are not sure of. Could it be something of surgical use?
Posted by Unknown at 10:48 No comments:

This Week - Thermos Flask and Torch 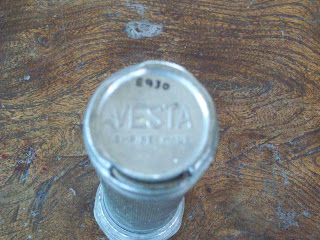 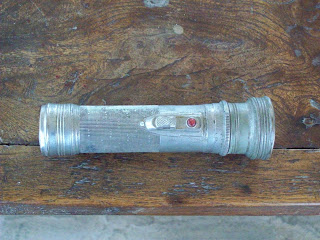 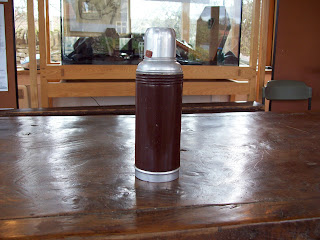 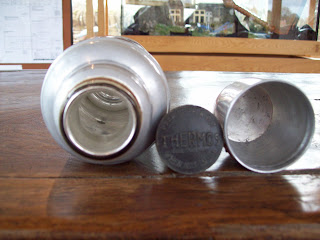 This week in the Museum we were trying to find out exactly how old these objects were.

We think the flask dates from the 1920's and the torch from the 1930's. The torch is manufactured by a company called 'Vesta'.
These may seem like mundane objects for a museum, but they are an important part of history. Where would the working man be without the flask? The electric torch replaced the candle and paraffin lamp providing a much safer means of portable light.
If anyone reading this can shed any light on the age of these objects please email us at: ryedalefolkmuseum.co.uk.
Posted by Unknown at 17:39 No comments:

Artefact Of The Week 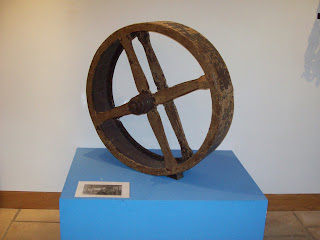 This week, some of the Harrison Collection is still on display in the Ryedale Folk Museum Gallery. Rather quaint is this dog wheel, used in the seventeeth and eighteenth centuries for turning a spit over an open fire. The breed of dog was called a 'Turnspit',(now extinct) a cross between a Daschund and a Jack Russell.If the dog would not trot then hot embers would be placed in the base of the wheel to make it move. Many of the expressions used in the English language such as 'dog tired' and 'every dog shall have its day' originate from the use of a dog wheel.
Posted by Unknown at 10:42 No comments: