On a glorious summer's afternoon Eric Knowles of the Antiques Roadshow opened the Harrison Building and the Highlights of the Harrison Collection exhibition. Everyone was entertained by the guest of honour's speech and the exhibition got off to a great start ! 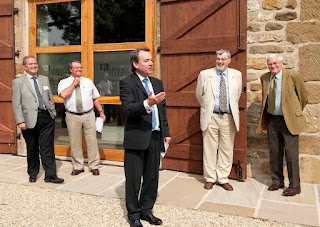 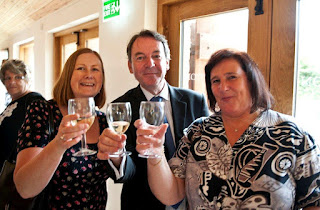 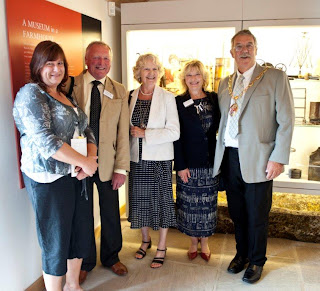 The Highlights of the Harrison Collection exhibition is open daily - entry is included in the museum admission ticket.
Posted by Unknown at 15:58 No comments: Links to this post

Games in the Park 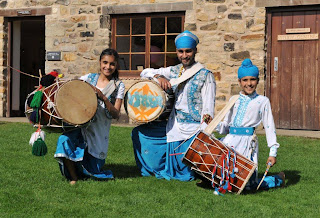 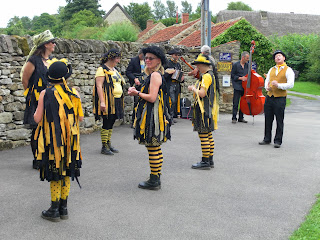 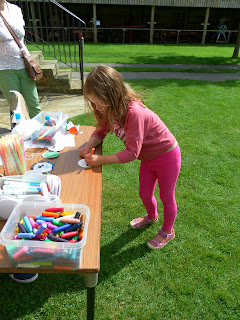 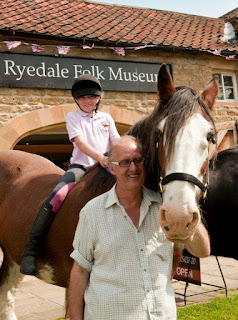 'Informative & fun'
'Loads to do for all the family, a great day out'
'I loved the drummers, I didn't want to leave'


As part of the weekend we also had some poetry workshops here are a couple of examples of the work some of the children did written about Max - the resident Clydesdale horse:
I fly to heaven,
a rich paradise,
a golden sky,
a thousand stars
touched never by human hands,
instead by hoof,
carried over land,
far into the blue.
Upon a deep, warm horseback.
Security, high above,
serenity, deep below.
A foreign love.
A first draft from Meave and Charlotte, both aged 13.

Whipping his hair proudly back,


Moving without fault, no clown,


Scraping his hooves on the gravel


While moving jolting his saddle,


Banging hard down on his hoove,


Crushing the contents in his mouth,


moving towards North, West and South,


Max so tender, so gentle, so tame.

Games in the Parkis part of New Worlds, which is a strand of imove, a Cultural Olympiad programme in
www.imoveand.com @imoveand
imove has been funded by Legacy Trust , creating a lasting impact from the London 2012 Olympic and Paralympic Games by funding ideas and local talent to inspire creativity across the .
New Worlds is a partnership between Alchemy; Bradford Council’s Department of Regeneration& Culture; Harewood House; National Centre for Early Music; National Media Museum; The Northern School of Contemporary Dance.
Games in the Park also involves partnerships with City Council and.
Led by Council, ‘Games in the Park’ has been conceived, brokered and curated by Alchemy.
Posted by Unknown at 15:04 1 comment: Links to this post